Countries
Login
Home     FAQ
My child touched a pouch of bait. What should I do?

As long as they did not eat any of the bait, just wash their hands with soap and water. If they may have eaten some of the bait, please call us during business hours at 1-800-351-1476, or outside of business hours call the Rocky Mountain Poison and Drug Center at 1-866-514-9168.

My dog/cat had a pouch of bait in its mouth. What should I do?

If they only chewed on it and all or most of the bait is still there, and it is FirstStrike®, FastDraw® (these are blue-colored baits), Resolv® or Revolver® (these are green-colored baits), your pet will be okay. These baits are anticoagulants and a small amount will not cause any symptoms. If larger amounts are ingested, please call us during business hours at 1-800-351-1476, or outside of business hours call the Rocky Mountain Poison and Drug Center at 1-866-514-9168, or your veterinarian. Vitamin K1 is the antidote and can be administered and/or prescribed by your veterinarian.

Please see our Product Pages to confirm the identity of the bait.

See the Liphatech Veterinarian’s Guide for more information on the treatment of accidental ingestion of anticoagulant baits.

If the bait is TakeDown® or Cannon™ (these are purple-colored baits), call your veterinarian or the Rocky Mountain Poison and Drug Center at 1-866-514-9168 immediately. These baits are bromethalin, an acute neurotoxin with no antidote.

What is Liphatech's background?

Liphatech, Inc. is a worldwide inventor, manufacturer and marketer of rodent control products as well as the US marketing and sales arm of DeSangosse, Agen, France for slug and snail control products.

Liphatech, Inc. originated from the Lipha Pharmaceutical Company with beginnings in France during 1946. As a pharmaceutical company, Lipha conducted substantial research into anticoagulants for the treatment of heart patients. These same anticoagulants went on to become the primary building blocks of many rodenticides; early research resulted in the invention and patenting of chlorophacinone in the 1960s. It was introduced to the U.S. as Rozol®, a multiple-feed anticoagulant rodenticide. In the early '70s bromadiolone was developed in the same fashion. During this time, Liphatech purchased the Chempar Corp., of New York, which had previously been the U.S. distributor for Rozol.

In late 1999, Liphatech became the US representative for Aegis® bait stations, responsible for the production and sales and marketing in the Americas. As the bait station business grew, in late 2002, Liphatech purchased the Aegis bait station business for all of the Americas. Our US production, sales and marketing operations are based in Milwaukee, Wisconsin. Also in late 2002, Liphatech, Inc. became a subsidiary of DeSangosse, the world’s largest manufacturer of premier slug and snail control products, (i.e. Metarex®) with its world headquarters located in Agen, France.

What makes Liphatech, Inc. different from the other rodent or slug and snail control companies?

The end result is we can make your people better at what they do, thus reducing complaints, callbacks and unsatisfied customers. We are able to do this because:

What can Liphatech offer to make my technicians, sales people, PCAs or PMPs better?

Our representatives have substantial backgrounds in rodent and snail and slug control, and they know what your people require. Additionally, our keen understanding of the art and science of rodent or snail and slug control means our representatives can conduct training that supports superior control practices. Every year our sales force holds dozens of training sessions and label stewardship meetings for technicians, sales people, certified applicators, PCAs and PMPs all over the nation. Many of these trainings are state-certified for continuing education credits (CEUs). Contact your Structural Pest Control, Animal Health, Ag/Field & Orchard or Slug & Snail District Sales Manager for more information.

Why is Liphatech's basic research so important?

Research means we have a clear understanding of how things work. This information is transferred to our sales representatives, who then train your people in how to best use rodent or slug and snail control products in the most effective ways. This research is our investment in the future of the pest control industry. And it means that when the next advancement in rodent or slug and snail control chemistry is announced, it will probably come from Liphatech. We are the original inventors and patent holders of these anticoagulant chemistries: chlorophacinone, bromadiolone and the most recent, difethialone.

How do I know if rodents are causing a problem in my facilities?

Rodents cause three primary problems. They spread diseases, damage buildings, equipment and wiring and they eat or contaminate your feed or food. It is probably easiest to see evidence of building damage, but disease has the greatest economic impact. Signs to look for include rodent burrows in and around your buildings, holes in ceilings and walls, shredded paper and insulation, droppings and runways or paths along the side of the building.

How can I get a handle on the extent of an infestation?

Take a census right after dark. This is the time when rodents are most active. Find a spot in which to sit quietly and count the number of rodents you spot during a specific period of time (30 to 60 minutes is sufficient). This will give you an idea of the number of rodents you have. After you have begun or modified your rodent control program, take another census a month later at the same time of day, and for the same length of time to estimate the program's effectiveness. You should continue to conduct censuses periodically, to track the effectiveness of your program.

What are the basic steps for implementing a rodent control program?

You can access different types of rodent control programs by contacting our representatives through our website. This will provide a good starting point for reducing your rodent population and decreasing the risk their presence creates.

What if my situation is more complicated?

Contact the Liphatech customer service line at 888-331-7900, fill out our Contact Us form, or find your local Structural Pest Control, Animal Health, Ag/Field & Orchard, or Slug & Snail District Sales Manager. You can then set up an on-site inspection and obtain a recommended program that fits your situation.

Will rodenticides cause problems with poultry or livestock?

Products from poultry or livestock that have eaten a rodenticide cannot be used for human consumption. Please call us during business hours at 1-800-351-1476 for assistance in assessing your situation.

These steps will reduce the risk of exposure for non-target animals:

Safe baiting practices include using quality bait stations like the Aegis®-RP, Aegis® Rat, and Aegis® Mouse bait stations. The entire Aegis line can secure both soft bait and blocks away from moisture and non-target species.

How do I compare different rodenticide manufacturers?

There are a number of components to making a rodent control program work. Ask questions: 'What services are being offered to make sure a rodent control program will work in my facility?' Many companies can sell you cheap rodenticides, but do not offer complete rodent control training like Liphatech. What active ingredients are in their bait? What mode of action do their rodenticides have? Do they continually innovate and conduct laboratory and field research in order to deliver high quality products? Do they collaborate with technicians, certified crop advisors, and government agencies to introduce label amendments covering new crop use patterns and labeling that is mindful of endangered species concerns?

Why is proper baiting so important?

Bait placement strategy is important because rodents will travel along established paths between their nests and their food/water supply. They won't go out of their way unless forced to do so. Thus, you have to place control devices, such as bait stations, with rodenticide where rodents will eat it, not where it is convenient for you. An excellent rodenticide, improperly placed, will not be as effective as lesser quality bait which is located properly.

When choosing bait, what other factors should I consider?

Is the product a second generation or first generation product? What is its mode of action (anticoagulant, calcium disruptor, nervous system disruptor)? What type of formulation works best for your situation: soft bait, mini blocks, pellet place packs, meal bait, or bulk pellets?

Why is palatability so important?

Many rodenticides show good efficacy under laboratory conditions, but in the real world the bait must compete with other food resources. It is important to choose a rodenticide that will be consumed even when other options are available. Liphatech rodenticides are formulated with palatable bait matrices.

First-generation products take more bait to kill the same number of rodents. First-generation anticoagulants often require more feedings in order for the rodent to ingest enough active ingredient for a lethal dose. The rodent must choose it over its other food sources several times, which is less likely to occur. Second-generation products can deliver a lethal dose in a single night's feeding. These are newer chemistries, such as bromadiolone (Resolv®, Revolver®, BootHill® and Maki®) or difethialone (FirstStrike®, FastDraw, BlueMax®, Generation® and Hombre®).

Could you tell me about soft bait rodenticides?

Liphatech is a leader in the manufacture and marketing of the newest rodenticide formulation, soft bait. It is the most significant improvement in rodent control technology in several decades and is the future of rodenticides. Soft baits offered by Liphatech include: FirstStrike® and FastDraw®, with difethialone; Resolv® and Revolver®, with bromadiolone; and TakeDown® and Cannon™, with bromethalin. These wax-free rodenticides can be used anywhere mini block rodenticides are used and won’t melt. 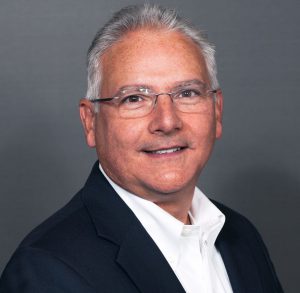 CO2 Development and Implementation Manager
Phone: 732-670-3346
Email Me
John is a pest control expert who has been with Liphatech for almost 20 years. A natural problem-solver, he enjoys troubleshooting customer challenges and helping his customers grow their business. His favorite movie is Abbott & Costello Meet Frankenstein. To find out more, watch John's video. 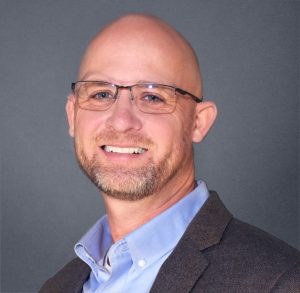 National Technical Support Manager
Phone: 318-372-5653
Email Me
Agriculture is in Jason’s DNA. Inspired by his grandfather’s contribution to agricultural education, Jason has worked in ag-based research, service and poultry production for over 20 years. His ability to effectively manage, coordinate, schedule and supervise operations helps teams win in and on the field. Watch his video to learn more. 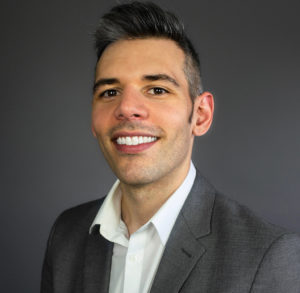 R&D/Field Support Manager
Phone: 414-702-8558
Email Me
Chris started his career as a laboratory biologist working directly with rats and mice. His efforts led to the development of new product formulations and other innovations. In his current role, he enjoys educating customers on the science of rodenticides and their role in protecting public health. Off the clock, Chris likes collecting vinyl records and hiking Southern California.